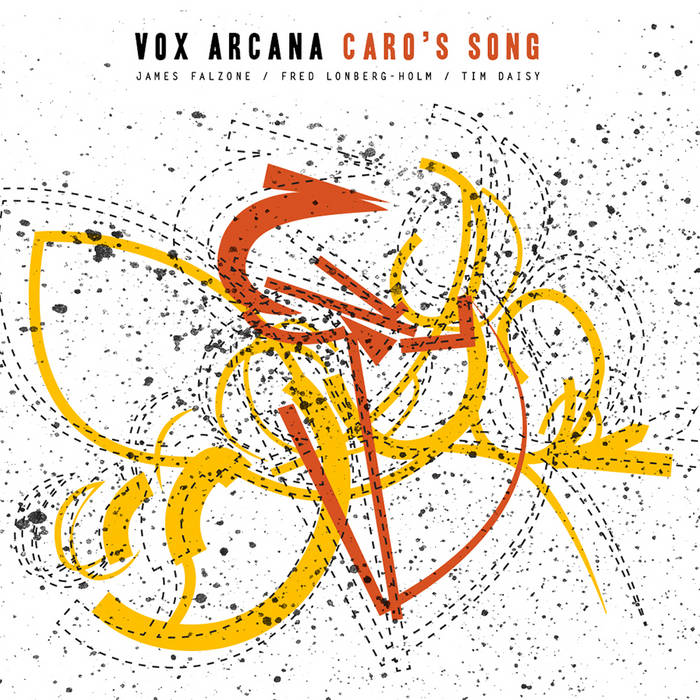 released May 26, 2015 on Relay Records
all compositions by Tim Daisy (ASCAP)


Thank You: James and Fred, John Abbey, Alex Inglizian, Adam Vida, Experimental Sound Studio, Emma Daisy, and everyone who has supported us in one way or another over the years

This recording is dedicated to:

Relay is currently only releasing material that Tim performs on or produces and is not taking submissions at this time.

Track Name: Vox Arcana - Assembly
Continuing in my development as a composer for improvising musicians, “Caro’s Song” is Vox Arcana’s fourth release since the group formed back in 2008.
Though much of the music on this new cd continues to be inspired by various new music composers (Cage/Earle Brown/ Terry Riley) as well as some of the pioneers of the AACM (Leroy Jenkins/Anthony Braxton) ,generally speaking, this new cd is a bit of a departure from previous work documented by the ensemble.
The compositions on “Caros’ Song” are a bit broader in scope stylistically speaking than previous recordings. The opening composition “Assembly” could draw much closer comparison to some of the drummerless Jimmy Guiffree groups of the 1950’s and 60’s (pre- Free Fall ) than that of the radical new music composers mentioned above. However, a track like “Caro’s Song” as well as “Contained” certainly lie much closer to modern classical sensibilities both in structure and content.
In addition, much of the music on this disc is less tightly structured than previous recordings. More space for the musicians to breathe and stretch out a bit, not as concerned with “moving to the next section” in as much of a hurry as in the past.
All of my compositional influences aside, the success of this music is due to the remarkable talents of the musicians performing it. Having had the opportunity to work with James Falzone and Fred Lonberg-Holm off and on for the past seven years has allowed me the freedom to attempt something creatively challenging and unique. And I am extremely grateful to both of them for their ideas, insights, and creative spirits.
Here’s to seven more years!
Tim Daisy – Chicago March 2015