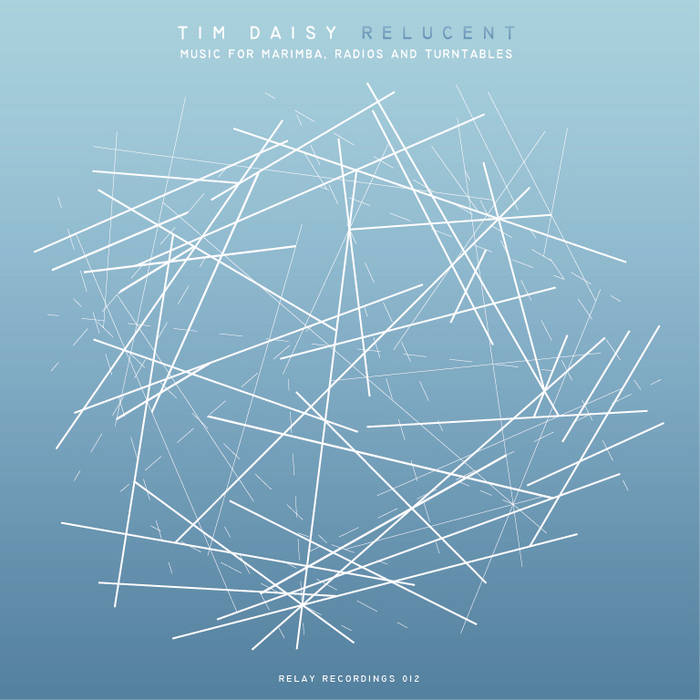 ‘Relucent’ is Chicago composer and percussionist Tim Daisy’s latest solo effort. A collection of compositions and improvisations combining recent explorations with turntable manipulation and radio static with his expanding vocabulary as both a composer and improviser on the marimba.

Fusing collage and abstraction, the compositions and improvisations on Relucent combine Tim’s multiple influences from the worlds of visual art and sound into a suite of eleven varied and dynamic musical situations. Building on almost two decades worth of experience working with a wide array of musicians and ensembles from both the Chicago and European experimental music scenes, Tim Daisy has created a unique body of work which draws on his past experiences in improvisation and composition, while at the same time forging ahead into new and unknown territory.


Tim Daisy is a Chicago-based composer, percussionist, and sound artist who works in a variety of creative music contexts. He often performs improvised music with numerous collaborators nationally and internationally, including his ensembles Vox Arcana, Steel Bridge Trio and Red Space. Tim operates Relay Records, which showcases experimental and avant garde musicians from Chicago and beyond.