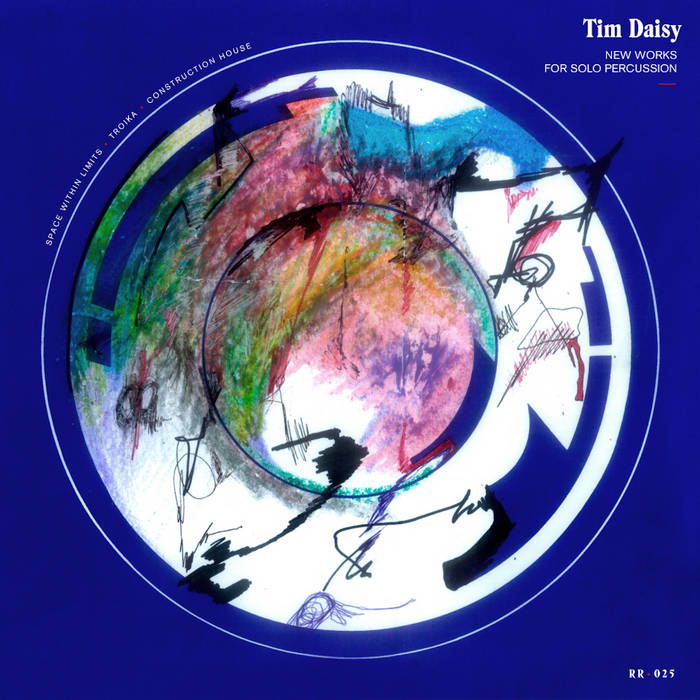 Andrew Lovell Beat me like one of your French drums. I’m a fan.

Can This Even Be Called Music?

Can This Even Be Called Music? this is an astounding album exploring the twilight between composition and improvisation and the role of percussion in contemporary music.
More: wp.me/p3mIfa-oKo

New Works for Solo Percussion documents Chicago based drummer and composer Tim Daisy's latest musical developments within the solo percussion context. Inspired by a wide range of influences from both the worlds of sound and visual art, Tim has organized a series of new pieces which continue to investigate the balance between composed and improvised sound making, and how these two worlds influence and affect the other.

All music composed and performed by Tim Daisy - © 2019 ASCAP

Tim Daisy is an American drummer and composer working in the fields of improvised and composed music. Tim moved to Chicago in 1997 and since that time has performed, recorded, and toured with many national and international improvised musicians and ensembles.

In 2011 he received the New Music America Composers Assistance Award and in 2011, 2012 and 2017 the ASCAP Plus Award from the American Society of Composers, Authors and Publishers . He has recorded over one hundred and thirty albums as a sideman or leader for labels including Relay, (which he owns and operates), Not Two, Clean Feed, Astral Spirits, Aerophonic, Audiographic, Sonorus, Trost, Utech, New World, and Okka Disk.

Tim co-curates the weekly OPTION series at Experimental Sound Studio in Chicago. The programming explores contemporary perspectives on improvisation and composition in a ‘salon’ format, enabling local, national, and international artists to publicly discuss their practice and ideas as well as perform