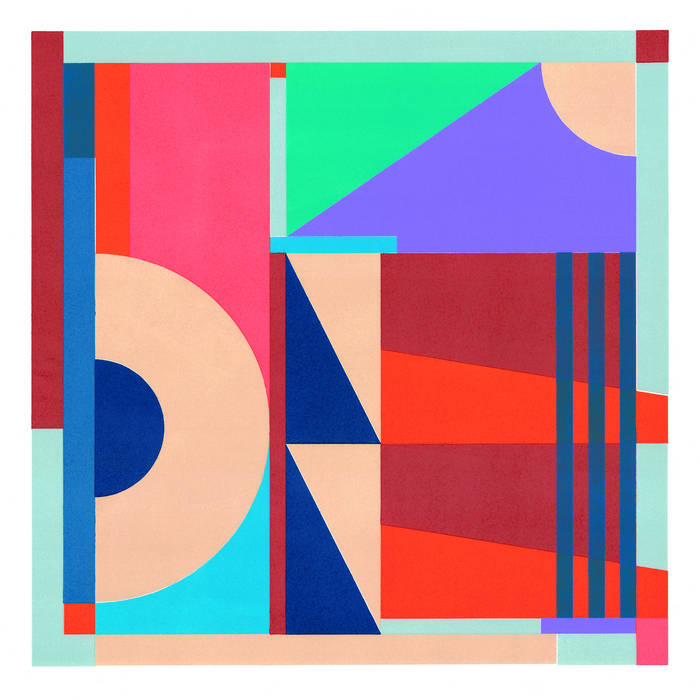 CHUMA CHUMA is the debut recording by Warsaw based multi-instrumentalist Macio Moretti and Chicago percussionist and composer Tim Daisy. Recorded in the legendary Keret House art installation in Warsaw during an audio residency in 2016, this recording documents a creative partnership between two highly prolific and restless creative minds.

In addition to the electro acoustic improvisations made inside the Keret House, Tim and Macio continued their duo collaboration by documenting an all acoustic, two drumset, session at Jan Komar studio Warsaw.

The result of both of these sessions can be heard here in this recording: Three electro acoustic (turntables,synthesizer,percussion) and two acoustic (drumset) improvisations. Inspired sound making created by two friends in two contexts...in one city.

Macio Moretti – Drummer and/or bass player, occasionally poor singer and even poorer guitar player. He founded or co-funded so many entities, that it's practically impossible to count them, but bands like Mitch & Mitch and LXMP, as well as the label Lado ABC, might be the most important of them. With these aforementioned bands he has had the pleasure of recording and releasing records with such giants as Kazuhisa Uchihashi, Felix Kubin, Clayton Thomas and Kassin. Not to mention Zbigniew Wodecki (whom people reading in English might never have heard of). Besides all this, he's also a graphic designer, father of two, bread maniac and has totally no interest in motorization.

Tim has performed and recorded original music for modern dance, film, and improvised music ensembles of various configurations. He also owns and operates Relay Records, documenting much of the creative work he has been involved with in Chicago and abroad since 2011. Tim co-curates the weekly OPTION series at Experimental Sound Studio in Chicago. The programming explores contemporary perspectives on improvisation and composition in a ‘salon’ format, enabling local, national, and international artists to publicly discuss their practice and ideas as well as perform

Maden, Whakarewa and Simbi recorded in 2016 at the Keret House, Warsaw, Poland - recorded and mixed by Michal Kupicz